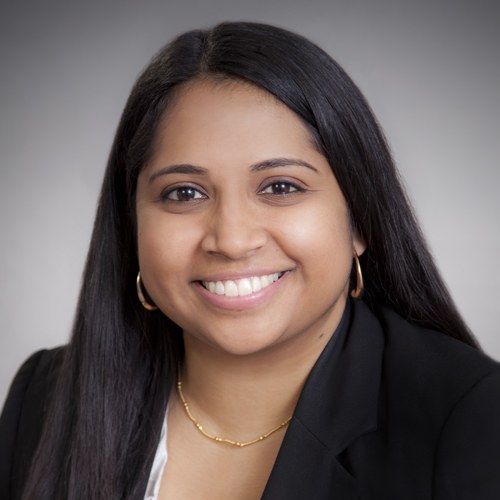 Get to Know Me

Why did you become an attorney?

I always wanted to help people, and felt that this occupation would give me the opportunity to make a real difference in people's lives.

What experiences (work and personal) help you to be a better attorney?

What makes your law firm unique?

I offer a personalized approach to each client to address their needs and outcome.

An ideal client is someone who is clear about what their goals are and who is willing to work together to achieve those goals.  Communication is key and I always try to make myself available to meet with and update clients.

I volunteer to assist with tax preparation for low income families, I also tutor high school kids in math and science, as well as volunteer with a local foster care agency.

For criminal cases, I offer all flat fee retainers, the amount varies depending on the complexity of the matter and the level of charges.

Many of my clients are faced with trying to raise a child with an overly controlling or dominating co-parent. I have been able to fight for their parental rights and obtain equal time with their kids.

I have represented many parents in being able to move out of state with their children when the other parent fails to meet the child’s needs and create a positive environment.

Dividing and identifying assets can become highly contested. Especially if the spouse controlled all the finances in the marriage. Thorough investigation and analysis of financial documents has led to me to uncover huge sums of income or assets that were hidden or denied by the spouse. My client was able to obtain a just amount of spousal support and division of assets based on the correct numbers.

I represented a client who was falsely accused of raping a minor.  The prosecutor claimed they had DNA proof of the crime  However, thorough investigation and research revealed that the DNA was not conclusive and did not have the scientific basis that they claimed.  After I explained the flaws in the DNA evidence, the jury acquitted him of all charges.

My most memorable case was respresenting a 19 year old client charged with Aggravated Robbery.  He always maintained that he was innocent.  We had a jury trial, and he was found not guilty of all charges.  His record was then sealed and he now has a fresh start.

During the first two years of practicing law, I worked for the Franklin County Public Defender’s Office, where I served more than 2,500 clients who were faced with misdemeanor offenses in various areas. In order to expand my experience and practice areas, I transitioned into private practice representing clients faced with felony and misdemeanor charges as well as family law matters.  My practice has shifted over the years to focus on Family Law, including custody of children with unmarried parents, divorce, dissolution, and child support.  I often deal with complicated cases with high assets, litigious parents, or immigration issues.

© 2007-2022. All rights reserved. All content is protected by copyright law. No portion maybe used without permission.

This website is designed for advertising and general information only. None of the information presented on this site should be construed to be either formal legal advice and/or the formation of a lawyer client relationship. This site is brought to you by the Columbus Bar Association, through its division Columbus Bar Services, providing lawyer information and a legal tool kit about Ohio laws, including issues related to family law/divorce, custody, injury, malpractice, wills, probate, adoption, DUI, OMVI, criminal charges, workers compensation, immigration, green card, employee/employer, contracts, harassment, discrimination, bankruptcy, debt, social security, tax, real estate, small business, and other lawsuits and legal issues.